Re-recording of Hour of the Gun by Jerry Goldsmith

Posted on December 11, 2012 by smeckystudios 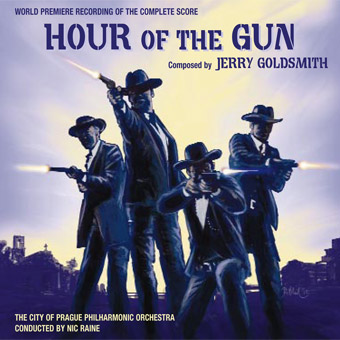 Our in-house orchestra, The City of Prague philharmonic orchestra has rerecorded a complete and fully reconstructed score of Jerry Goldsmith’s Hour of the Gun. This recordings have been realized during summer 2012 at Smecky Music Studios.

First CD in series of newly recorded complete classic scores with more than 57 minutes of music has been released in world premiere by Prometheus music and Tadlow music.

Here are preview videos of recordings: